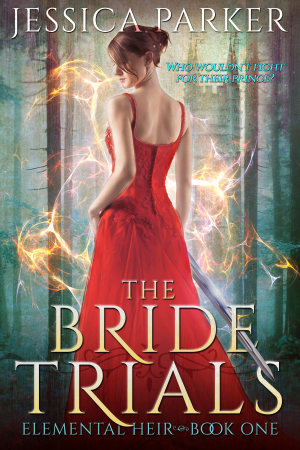 The only thing tougher than controlling the elements is finding a Bride.
When Heir Ditran turns 19, traditions are set in motion to choose his future queen. Unwilling to leave love to chance, Heir Ditran strikes a shrewd bargain with his uncle: the King sets the Bride Trial challenges, but Ditran chooses the competitors.
At first blush, Keyla is everything Heir Ditran desires. But Keyla is rebel-born, and the only thing she wants from Heir Ditran is his crownless head on a pike. But when he presents an offer she can’t refuse, she finds herself competing for his hand in marriage. Heir Ditran isn’t at all what she expects.
Torn between love and loyalty, and with the future of the kingdom at stake, can Keyla survive the deadly challenges of the Bride Trials?